Built in 1827, Chiseldon House was once part of a vast estate. In 1901 the owner, Mr Edward Nicholson-Browne, sold much of the land, splitting it up and selling it off in lots. In the 1940s and 50s the house was known by villagers as the “Big House”. Local rumour had it that the owner, Mr Tunnicliffe had bought Chiseldon House as a wedding present for his wife. He clearly had more luck than one of his predecessors who lost the house through his gambling.

The Tunnicliffe’s inherited a housekeeper called Miss Waud who seemed to pass from one owner to next with the house. Their gardener, Bert Hinder, kept the grounds in an immaculate condition with a lawn in front of the house serving as a mini golf course. Occasionally the village summer fete took place in the grounds keeping Mr Hinder extremely busy.

The area between the road and Chiseldon House was once thickly wooded making it impossible to spot from the road. Over the years however the trees have gradually been thinned out as the roads were widened and straightened improve access to the village

Originally for the carriages, the old coach house later housed the motor car and during the war years it was pressed into service as the Headquarters of the village Auxiliary Fire Service. This was manned every night by local volunteers and the men were on duty whether the sirens went off or not. Even Miss Waud, the housekeeper, got involved and acted as secretary to the Fire Service.

There had long been rumours in the village about a subterranean passage leading from the house to a church or possibly a private chapel in the grounds. When Dr Borelli and his wife bought the house in 1964 several large underground rooms were discovered when a builder’s truck fell into a hole as the ground gave way.

Later on more underground rooms were discovered during building work. At one time there was a malt house on the site so it is though that these mysterious rooms might be linked to that; perhaps used for drying hops or storing ale. In reality though, no one knows the truth.

Of course Chiseldon House is now a beautiful country house hotel. It is still set in stunning and immaculately maintained grounds which provide the perfect place for wedding drinks and photographs or somewhere to simply sit and relax.

The latest chapter in the history of this wonderful hotel sees owners, brothers Mark and David Pennells, working hard to carefully develop Chiseldon House and make it a welcoming and unique place to visit, whether for business, a wedding or simply to enjoy afternoon tea in the garden. 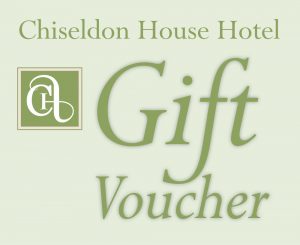 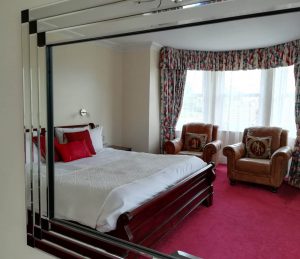 Want to see our rooms?
Here’s our hotel room gallery

Chiseldon House provides a splendid setting for business within 3 acres of gardens, whether a small discreet meeting or residential conferences, team building days to product launches. 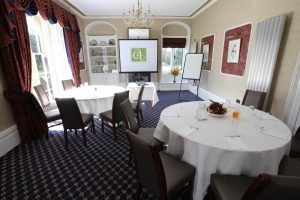 A selection of freshly made sandwiches, scones with clotted cream and jam and cake to accompany your choice of tea. All served beautifully on traditional crockery. 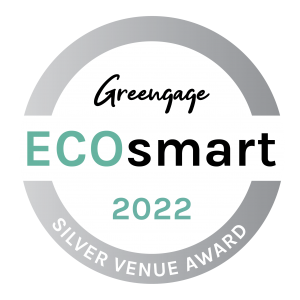 We are delighted that we have been awarded the ECOsmart Silver award.

ECOsmart is the accreditation programme of Greengage Solutions – recognising and supporting eco-friendly hotels and venues that meet certified standards of sustainability. 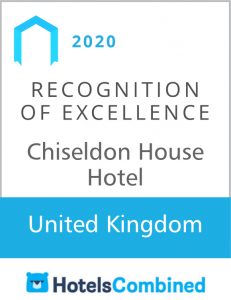 Here’s our page on HotelsCombined.